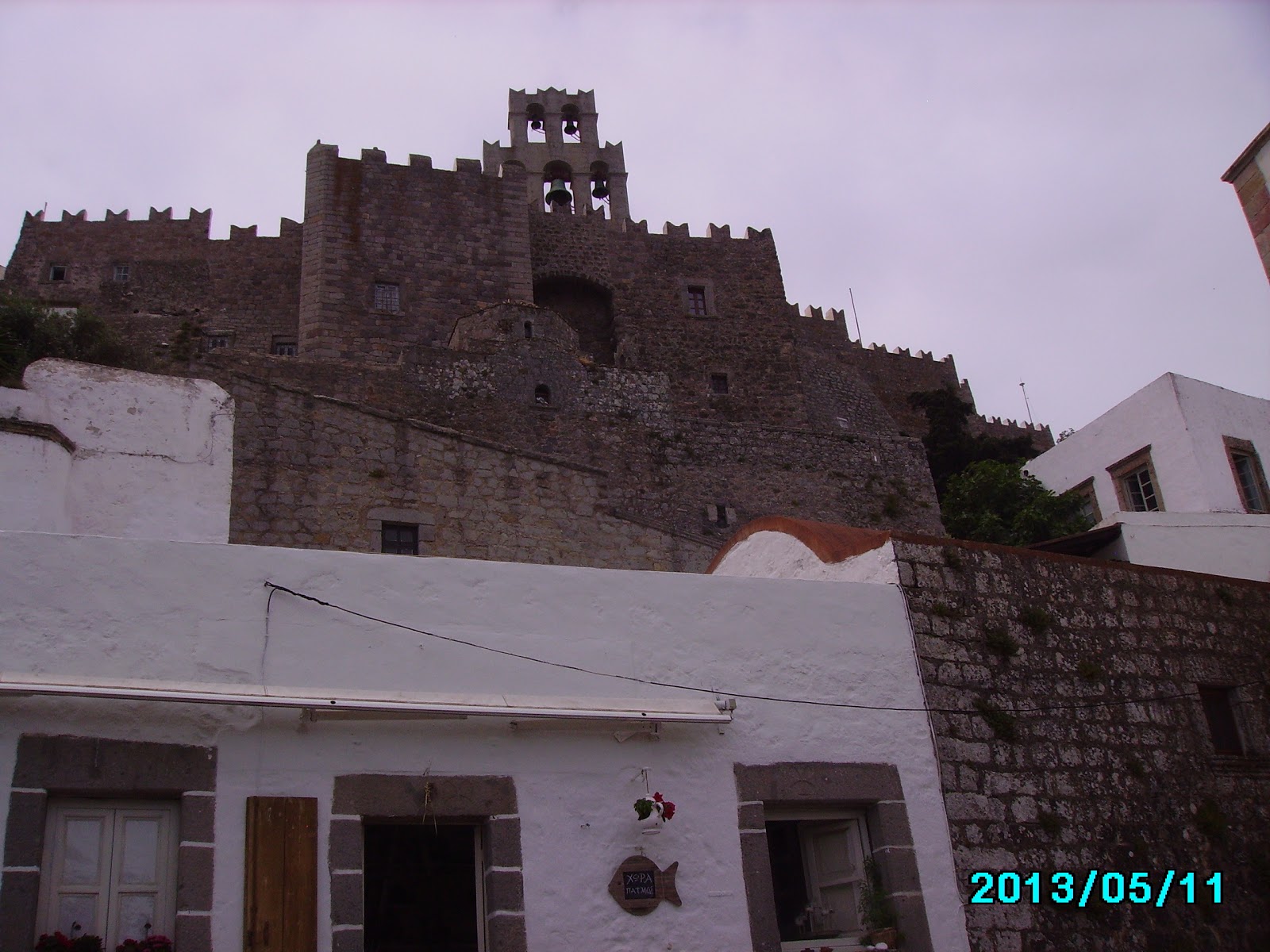 Before St. John (the Theologian) died near Ephesus, he had been exiled to the island of Patmos in 95-97 by the Roman Government as part of the persecution of Christians. So it was that our little band of 23 Pilgrims boarded a chartered boat in Kasadasi for the four hour sea voyage to Patmos. Patmos, like most of the hundreds of tiny islands within sight of the Turkish coast belongs to Greece. Greece covers most of the Aegean Sea which is a source of long contention between the two countries. We are now in the Euro Zone – and also in the Christian Zone. There is something about not being wakened at 4.20 am by loudspeakers blasting men with high voices singing an unintelligible call to prayer to what some people would call a demon god. By the way I have figured out why Moslems have more children – what would any married man do after being wakened at 4.20 am and getting up to pray?

The Turkish people by the way are wonderfully kind and easier to work with than many Canadians. This is being discovered and tourists are flocking in – so get on it while it is still relatively inexpensive.

We were all excited as the boat came in site of the famous island of Patmos. St. John is considered the pre-eminent Theologian among the Gospel writers. They tell us what happened; John tells us what it means. This was an emotional time for me. I feel very spiritually connected to John. Once when I was reading the Gospel in a church service I announced “the Gospel of John” and burst into tears. John was the one Jesus loved.

The whole tone of our visit changed as we went from a very charming but Moslem Mel to the very gracious and spiritual Vera (as in the Greed word for truth). This guide was only with us for a few hours but exuded deep reverence and faith as she guided us through the Convent of the Ascension, the huge Monastery, built like a castle and then the Cave where St. John went into a spiritual trance and had a vision which his scribe wrote down and which we know as the Book of Revelation. This is what we did before lunch by the way – at 2.00pm. These trips are not for wimps.

There were three highlights. First we had a chance to ask questions to Fr. Basil at the Monetary. He is one of those holy men you rarely meet – his eyes blazed with intense light and love. He radiated love in a palpable way. I identified myself as an Anglican Priest and asked what I thought was a really hard question – “what happens to people who die without faith in Jesus?” This is the unspoken question at many of the funerals I have conducted and I have never been comfortable with my ‘pastoral responses’. You cannot tell someone in grief that their loved one is toast. Fr. Basil did not even bat an eyelash as he quietly and humbly explained that the souls of the dead may have to spend some time in confessing and repenting their sins, just as the living do. He explained that this is more painful as they no longer have bodies. It sounded plausible, but on reflection it could also be described as ‘extra-Biblical’ – church language for not backed up by scripture. I will have to continue working on this as it ups the ante when one has loved ones outside the faith as we all do.

Then there was the Cave of the Revelation with its solid rock walls and a minimum amount of Orthodox Church silver lamps from the Czar of Russia etc. We all just spent a few moments in silence soaking in the holiness of this place which will now be more real for each of us. That is the point of all these sites – they re-enforce our faith in what really happened in history. Today we walked over a mountain to a beach – possibly the shining sea of Revelation and sat in a circle in the trees and read the whole Book of Revelation. It was another holy moment.
at 6:22 AM