The Trinity is Near You (Trinity Sunday) 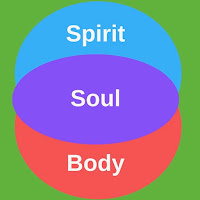 In case you don’t know me, I’m Tom. I’m the intern (at Holy Cross Anglican Church, Calgary)  There’s this running joke across the Anglican Church—I’ve heard it here, I’ve heard it in Toronto, heard it in Hamilton—that when Trinity Sunday comes around, the Rector will always get the student minister to preach! I’ve been assured though. By three different Rectors. That they would never intentionally offload heavy task of the Trinity unto their minion! But I also must say, that for the past two Trinity Sundays, I have been a pastoral intern, and for the past two Trinity Sundays, I have preached! Nah, obviously Rev. Dr. Kyle Norman is more than up to the task.

But there’s a reason the joke is made. Our belief in the Trinity can seem like an odd one. Certain sages or philosophers or scientists all over the globe see the doctrine of the Trinity as the Church’s self-destruct button. Depending on if you’re talking to, belief in the Trinity makes us either irrational or irreligious. I love it. The theologians I study all think the Trinity is the crowning glory of Christian belief, the most joyful of topics, and the closest, most intimate, precious experience of God. And I am so with them.

It should come as no surprise. When we preach the Gospel, we always come back to Jesus’ himself being the way to healing, and truth, and righteousness, and salvation. The same thing goes for knowledge of God. If we object to the Doctrine of the Trinity... for not following the rules of philosophy, or the scientific method, or laws of piety, we need to remember that as disciples of Jesus, finding our way to God has always been about God finding God’s way to us. It’s not by rising through a set of rules that we come to know God. It’s by the Father embracing creation in the Son with the outpouring of the Spirit.

The Trinity is close. If I can get my message across this morning, that’s the feeling it should give. Knowing the Trinity is to know God as closer to us that we are to ourselves, not standing or sitting far off, on the other side of the sky. The Trinity is close. We don’t stand before God. Or beneath God. We stand “in” God, and God lives “in” us, infinitely close. And it’s because God is Trinity that God is close.

The Romans passage today mentions all three persons of the Trinity, and that’s probably why it was assigned. It’s because of passages like this—and the experience it depicts, mind you—that the early church came up with the doctrine of the Trinity. Here’s the important bits: “We have peace with God”—Paul often calls the Father ‘God,’ which stresses some people out but lets not—“through our Lord Jesus Christ, through whom we have obtained access to this grace in which we stand; and we boast in our hope of sharing the glory of God. [...] ...because God’s love has been poured into our hearts through the Holy Spirit...” So there’s God doing three different God things with three different God names: we have peace with God the Father, through Jesus Christ the Son, because of the Holy Spirit. That’s One God, the Holy Trinity.

Saying God is Triune doesn’t make this mystery understandable—it just says that, yes we’re worshiping Father, Son, and Spirit all as God, but no, we’re not worshiping three gods. The ancient councils tried to sort that out by saying, well, you know, if Tom Hubschimd is one person with the human nature, God is three persons with the divine nature. We’re not saying that 1 + 1 + 1 = 1, but we are saying that God is Godself. God is Father, Son, and Holy Spirit. It’s wonderful. But it’s here, as we are thinking about the Trinity that our thoughts can’t keep up with God. The rules of English grammar bend to the point of breaking. Honestly, we’ve though we’re Anglican, I don’t think we should worry too much about breaking English rules, generally speaking! But that flippant comment aside, the fact that God can’t be contained in language, doesn’t make the Trinity unavailable to us. Quite the opposite, in fact. The three different God things that God does as three different God Persons is God being available to us. The Trinity is close.

Back to the Romans passage. Notice the proximity with God these phrases describe: we have “peace with God,” by “the grace in which we stand,” “sharing in the glory of God,” and “love has been poured into our hearts.” Are you hearing the closeness? God is “with” us, we “stand in” God, we “share in God,” and God is “in our hearts.” And if you’re thinking, well the Apostle might be describing his own experience of God, but not mine—I think you’re wrong! And I know, hey, this Tom Hubschmid talking, and maybe I spend to much time with my nose in a book. But just hear me out. And I’m going to take a quick look at our two other scripture readings today to make my point. I think that experiencing the closeness of the Trinity is so mundane, so everyday and so earthly that we miss it. We’re always expecting something a little more mind- blowing. Something to come shattering the laws of creation to wipe the floor with this world. But I think that if we’re really paying attention, creation is something we shouldn’t want God to shatter. Because it’s by making us these creatures that we are already “in” God, “with” God, “sharing” God.

Remember for a minute the Gospel of John. “In the beginning was the Word, and the Word was with God, and the Word was God [...] All things came into being through him, and without him not one thing came into being.” John is talking about the Son of God. Before his Incarnation as Jesus. And John is declaring that this room, your body, the sunshine all exist through the Son. The Son is the way and the truth and life through which we come into being. And John was surely remembering these words from Proverbs 8: “When he [God] established the heavens, I [the Wisdom of God] was there, when he drew a circle on the face of the deep, when he made firm the skies above, [...] when he marked out the foundations of the earth, there I was beside him, like a master worker.” The Son of the Father is the very Wisdom and Word of God. And it’s “in” God’s Word and Wisdom, that God speaks all things into existence. The Son is the “be” in the Father’s “let there be” and the Spirit is the loving movement of God to speak that Word.

So how on earth—really on earth—do we enjoy the closeness of the this three- personal God? Psalm 8:

“When I look at your heavens, the work of your fingers, the moon and the stars that you have established; what are human beings...?”

Consider that there is something rather than nothing. And that one of those somethings is you. We are what we are...because there is never a moment in life when we’re outside Word that the Spirit moves the Father to speak. “Let there be you.” You being here as yourself, is a divine event. You being you is your knowledge of the Trinity. If you can feel the closeness of yourself, you can feel the closeness of the Word that the Father speaks by the Spirit, to say “let there be you.” At other times in your life, God will be saying “let there be healing in you” and that’s Jesus’ work on the Cross being done in you. And at other times, God will be saying, “let there be fire in you” and that’s the Spirit’s work of Pentecost being done in you. And just these things are our knowledge of God as the Trinity. Being created, being healed, and being filled with fire. That’s the closeness of the Trinity, the very closeness of being ourselves, but even closer yet, because the Father is saying “let there be,” the Son is that Word and Wisdom, and the Spirit is giving that Word voice.

So the take away is this: let God be God. Let yourself be held in the closeness of God. Because the Father, the Son, and the Holy Spirit are saying let you be you.