Palm Sunday is A Celebration of Courage 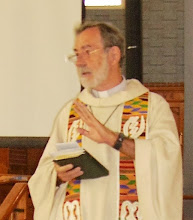 I chose to be ordained a priest on Palm Sunday because it is a joyful celebration of Jesus courage in ministry. It was probably the happiest time in His ministry as He was claiming His authority as Messiah at the gates of Jerusalem. The people who were there because they recognised His teaching and miracles as evidence of His authenticity. It was courageous because challenging the authority and teaching of the religious establishment would lead to the most horrible and painful death possible. Jesus trusted that His Father would honour the New Covenant in His blood and raise Him and those who believed in Him from death.

Jesus was not the first to claim to be messiah. Others had formed a group of followers, led them to Jerusalem and tried to overthrow the religious establishment. The result was always armed conflict, death and disbursement of the followers and crucifixion of the leader. Jesus was different:

·      They had seen miraculous healingsby Jesus and His followers

·      Communities and individuals had learned they could depend on the guidance, forgiveness and healing power of Jesus and the promised Holy Spirit of Jesus

·      These people and Jewish faith communities would be able to survive, grow and spread after His death

2.  Isaiah Had a “Well Instructed Tongue”

He had read the scriptures, prayed and been chosen by God. He had been anointed by the Holy Spiritand had his ears opened spiritually. Spiritual knowledge is given intuitively – you just know something is right or not right.

·      Prophets are given the gift of knowing what will happen in the future or what people should do.

·      I have been blessed by the Charismatic revival of the 70s, a real baptism in the Holy Spirit and the gifts of words of knowledge, praying in tongues, healing and joy.

·      Fr Green was right when he warned us at Wycliffe College that if we were not really called and anointedby God, we would fail in ministry

·      Proclaiming the spiritual Good News to

·      Free them from mental and spiritual prisons

·      Release them from spiritual bondage

It’s incredibly difficult as we are fighting a spiritual battle for and with people who often do not believe in or know about, the supernatural world of the Holy Spirit and the demonic – but it is so worth it to see and share the joy of the free!